Will Duchon, of WMNR in Connecticut, reached out to me to talk about World of Harmony Music. He liked what he heard so much, that he decided to talk about it on his radio show. Listen to the wonderful things he has to say about my program, and the fundraising that it has generated for Headwaters Animal Shelter in Park Rapids, Minnesota!

Listen to the World of Harmony Music on WMNR

For The Tiniest About To Rock 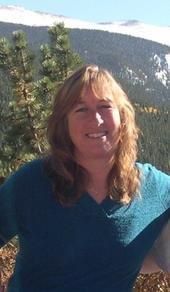 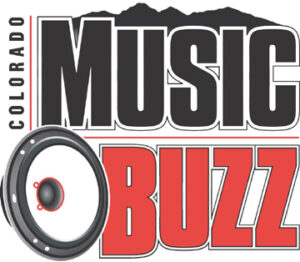 I enjoy working with teenage rock stars.  It is truly rewarding to see the future of the music scene blossoming in our studios.  We even work with kids younger than 10, which is a whole different ball game and still extremely fun.  But what about the kids that are younger than say, 5 years old?  Don’t they have a cool way to rock out at such a young age?

CMB:  What inspired you to begin World Of Harmony Music?

DC:  Well, the long version of my story can be found on my website,www.WorldofHarmonyMusic.com.  But I’ll give a shorter version here.

I’d been teaching piano lessons for several years, and people kept asking me to teach piano to their really young kids.  I tried it a few times, but in my experience, kids under the age of about 5 are usually just not ready for the discipline required to learn an instrument as complex as the piano.  Additionally, their hands are still too small to play the piano without stretching, which can cause repetitive stress injuries.

It was when my own daughter, Deanna, starting really showing an interest in music at about age 3 that I was more inspired to come up with something for young kids.  I’d been looking at Music Maker zithers in a local music shop, debating whether to get one for Deanna.  I finally decided to give it a try, and she loved it right away!  When Deanna would bring her zither into public places, kids and parents would swarm us, asking what it was, where we got it, and the kids would actually fight over who would get to play it next!  The idea to create a music program, based on the zither, literally came to me at 2 in the morning.  I was suddenly awakened with the knowledge that I could create a program for kids based on the zither!  The next day, I figured out how to write sheet music for the zither on my computer using AutoCAD.  I then began putting words to classical music, words that would teach kids the names of the pieces of music, the composers, and the history of the piece.  I’ve also created “flip sides” to each piece of classical music with fun facts about the music and the composers.

I also just love foreign languages and cultures, something we see very little of in Littleton, where I live.  I decided that I wanted to do something where I could share my love of foreign cultures with children.  It’s my dream that if I teach kids to love all cultures when they’re so young, it will prevent some of the prejudice that plagues our world.  So I’ve included music from all over the world in my program, and we talk a lot about various world holidays when they’re happening!  Then we learn to sing and play music from that part of the world!

All of this took a couple of years to put together, but eventually I had enough music to begin my classes.  Over the past nine years, those classes have evolved into World of Harmony Music, and I’ve taught my classes to over a thousand kids now!  It’s a good start!

CMB:  What would you say are the reasons that so many people are loving this approach to teaching young children?

DC:  Well, the zither is so easy to play, and my books make it so easy to teach, too!  It’s a small instrument with 15 strings.  You simply place sheet music underneath the strings, pluck the notes in the order shown on the music sheets, and you’re immediately playing beautiful music!  The lyrics I’ve written for the music is often very silly and always kid friendly.  The kids are so busy laughing and having a great time that they don’t even realize how much they’re learning!  What’s more, the parents who sit in on the lessons have a ball, too!  They learn all about great music with their kids, and end up having as much fun as the kids do!  It’s a wonderful way to spend family time with your kids while learning to play music together.  Homeschoolers are also really enjoying my books, because you don’t need to know a thing about music before teaching with my books!

CMB:  You have published the music for this curriculum and it is available for people to purchase online.  Can you talk about what kind of an impact you have seen throughout the world? Also, what is it like to publish and ship your curriculum around the world?

DC:  Oh my gosh, what a journey that’s been!  I really debated for several years whether or not I wanted to publish my music.  People kept encouraging me to do so, but I was afraid.  I did get everything registered with the Copyright Office in Washington, D.C., but that only offers so much protection.  People WILL make copies, they WILL steal your ideas.  Finally, another composer said to me that if you have a great idea, but keep it to your chest because you’re afraid others will use it without your permission, you will eventually die with it held to your chest.  No one will have benefited.  I realized that I didn’t want that to happen, so I took the plunge and published my books.  That was a little over a year ago, and now I’ve sold nearly a thousand books in twelve countries!  I’ve received emails from people all over the world, thanking me for my books and telling me how they’re using them!  Those emails are just incredible, and are much greater payment than anything I could ever deposit into the bank!

I recently received an email from an elderly woman in New Zealand.  She said, “Debbie, I received your wonderful books today!  I’m completely addicted, I can’t put them down! I just love them, and I know the grands will too!”

People of all ages, not just kids, are having a ball with my music!  You just can’t beat that kind of feeling, knowing you’ve just opened up the wonderful world of music to another person; one who you’ll probably never meet, but you’ve touched just the same!

CMB:  Can you think of a particular situation where you have seen WOHM impact the life of a child in an especially remarkable way?

DC:  I’d like to share two, if I may!  First I’ll tell you about a child I’ll call Danny.  He was only 3, and attended WOHM with his big sister.  She was enrolled in the class, and he was just there because his mom had to bring him, too.  Mostly he toddled around the room, ignoring everyone and just being, well, a toddler!  I tried to get him to play the zither, too, but he was too shy to do that.  So mostly I ignored him, so that I wouldn’t scare him off.

About a year into the class, his mom told me that Danny could play the piano!  Well, I’ve seen my share of stage moms, and so I didn’t get too excited.  He climbed up onto my piano bench, and just acted shy at first, not willing to play.  Then he launched into his own arrangement of “Fur Elise”!  It turned out he’d taken all the sheet music that I wrote for the zither and found the same notes on their piano!  I was just stunned, and went on to teach him piano lessons for several years.  He is becoming an amazing musician, and yet his parents had no idea he was musical until he attended my classes with his sister!

Another time, one of my WOHM students had a little sister I’ll call Emily coming to the classes, too.  Emily was only 2, and had Down’s Syndrome.  Again, she wasn’t enrolled in the classes, she simply crawled around, ignoring everyone.  She couldn’t walk yet, due to her disability.  She was getting physical and occupational therapy, but she just couldn’t seem to walk.  Then it happened!  I was busy teaching the class, and Emily and her mom were in the other room.  Suddenly I heard the mom crying.  We all looked to see what was happening, and to everyone’s astonishment Emily decided she wanted to participate in the class, so she got up and walked over to us!!  I can tell you there wasn’t a dry eye in the house!  I’ll never forget little Emily!  Music does incredible things!

CMB:  What have you seen come from students who begin this program and move on to other instruments?  Are they more likely to do so and be successful pupils of music?

DC:  To be honest, I’m just astonished at how well they do!  I have had many students go on to study piano with me, and the ones who first attended at least a year of WOHM are far more prepared and successful than those whose first instrument is piano.  The music is already in their bodies, in their souls!  They’ve spent a year having fun with playing great music and loving it, they’ve learned the basics of notation, they know how a huge variety of music is supposed to sound, and they do just great!  I also teach them a lot about foreign languages and cultures in my classes, and I can see that those lessons have made an impact as well.  Instead of fearing people of other cultures, they’re intrigued by them like I am, respectful of them, and are ready to do their part in creating a World of Harmony!  I think that’s the most important lesson of all, don’t you?

CMB:  I am just thrilled to tell more people about WOHM.  Can you think of anything else you would like to mention that we have not already discussed?

DC:  Well, I’m working with the folks at Band Dynamics now!  We’re hoping to offer World of Harmony Music classes at Band Dynamics.  I just love that music school.  One of my kids attended classes there, and it was certainly a wonderful launch for his musical passions!  I just can’t wait to start teaching there.

Free domestic shipping when you spend a minimum of $30. Dismiss